Braille and other media for visually impaired people

Have you seen those pages with massed of little bumps? Braille was devised in 1821 by Louise Braille, a blind Frenchman. Each Braille character, or cell, is made up of six dot positions, arranged in a rectangle containing two columns of three dots each. A dot may be raised at any of the six positions to form sixty-four possible subsets, including the arrangement in which no dots are raised. For reference purposes, a particular permutation may be described by naming the positions where dots are raised, the positions being universally numbered 1 to 3, from top to bottom, on the left, and 4 to 6, from top to bottom, on the right. For example, dots 1-3-4 would describe a cell with three dots raised, at the top and bottom in the left column and on top of the right column, i.e., the letter m. The lines of horizontal Braille text are separated by a space, much like visible printed text, so that the dots of one line can be differentiated from the Braille text above and below. Punctuation is represented by its own unique set of characters.
Almost two million people are suffering from sight loss to one degree or another. That's about 1:30. And the majority have gradual sight deterioration through Age-Related Macular Degeneration. But there are many guiding aids now around to help. Braille is just one of these. Unfortunately there are only about 100,000 people who can read Braille and fewer who write it.
The Access Audit Company have carried out street audits and feel not enough has been done. Possibly through lack of understanding. It certainly isn't due to financial restraints because most aids are low or no-cost, just a bit of clever thinking.
There is some help out on the street including at traffic lights. Put your fingers under the control box and when the lights show red you'll feel a revolving bar,. This is particularly useful for people who can neither see or hear.
You'll notice that it is customary for street furniture, that is signs, lamp-posts, other signs, waste bijns and so on to be close to the kerb or buildings so that there is a clear pathway down pavements. It is now usual now for tables and chairs put out by cafes etc to be cordoned off, usually with cloth or metal panels. Just a bar or rope between bollards is insufficient and in fact I know of a local cafe that has just added the panels as a blind person stumbled over the rope they had in place. With the smoking ban in pl;ace most places now have an outside area so there are more pavement tables and chairs. Unfairly, I think, some councils introduced a ban on tables and chairs to make a clearway for visually impiared people: then they introduced a charge to cafes for putting chairs and tabes back out. Some people might suggest this is a cash-cow!!
There are also tactile slabs with dimples that denote a  crosingg place, such as flush kerbs for wheelchairs and buggies, traffic lights and zebra crossings. Take a look when you are ouit and you'll notice some are light coloured and some dark. The darker ones show safe crossing places.
Interestingly there have been local navigation systems around for some years now and these are improving year on year. Local systems usually work with a hand-help unit that receives from transmitters attached to street lamps and signs. They tell the informer about shops they are passing, road crossings and points of interest. The latest run of satnav technology. And of course these are getting more accurate all the time, now with some down to just a couple of metres.
Shop signs are also often recognizable by shape or colour by us all. This is particularly useful to partially sighted people. Think about  pharmacies with the green cross, the post office symbol which is so easy to recognise.
This still doesn't help many people who have a severe sight loss and I noticed a guy with a white stick standing on the edge of the pavement the other day whilst several people just passed by!! It takes but a couple of seconds to stop and help. I'm sure you do so keep on. When you do don't grab the person by the arm and pull them along, just offer an arm they can hang onto and guide them, talking about any obstacles or problems ahead. Try it and you'll feel good afterwards too. Remember we all need help sometimes in our lives and it's often the small things like taking an extra 30 seconds to help someone cross a busy road or direct to a shop.
Posted by Mike Leahy at 02:44 No comments:


And here is the rub.
One in every three people either has a disability or has a close relative or friend who is disabled. Office of National Statistics, Census 2001 The estimated annual purchasing power of people with disabilities is £80 billion. Family Resource Survey 2002/2003
That means that the chances are that either you or a friend is disabled, so it's very close to all of us. AND if you have a business then there is around £80billion worth of purchasing that you might be missing out on.
And if they aren't good enough reasons then you have a legal responsibility. So what is holding businesses back from making access better? It seems that many businesses think the work would be too expensive. Others think that it doesn't matter. What do you think?
I believe that you can improve access for most businesses and properties 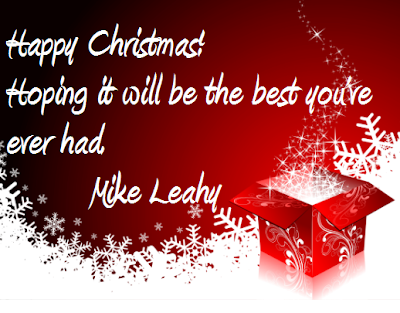 Just back from a trip to Liverpool to carry out a disability access audit for a company before they sign the lease on their office.
While travelling I sat next to a lady who was blind and we had a most interesting discussion. Well, actually she answered some questions I had in the back of my mind.
Most people just associate disability with wheelchair users: they forget those who can't hear or see to well, have learning difficulties, arthritis, are very short or tall, have no feelings through nerve loss or the many other impairments.
Some disabilities are not obvious and some that you think will be, aren't There are also different levels of disability. For example most people who are registered blind can actually see to some degree. They may just be able to see shapes and colours: might only be able to read at a few inches away from their face. I remember a friend who had a guide dog but could read at very close quarters. When she read the paper on the train she'd get comments - so she stopped reading in public. But on one occasion I recall her almost falling over on the beach when she just couldn't see a large piece of driftwood.
My co-traveller told me how difficult it was recognising steps and stairs. and that she'd fallen down a couple of times.There are special slabs that are used to tell blind people when they are approaching steps and stairs. These are called tactile slabs and the one for steps has a corduroy pattern. These are often used in the wrong place which could lead toreal problems. Only last week I saw the corduroy slabs running along a railway platform. This could be mistaken for a step with dire consequences.
Posted by Mike Leahy at 14:58 No comments: 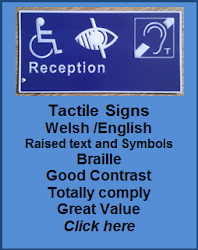